Pennsylvania State University, or Penn State, is a public university located in University Park, also known as Happy Valley. Founded in 1855, the school was originally a land-grant institution, meaning that the school was offered money by the state in exchange for offering agricultural courses and research. Today, the school, situated in an urban setting on about 8,000 acres, is well known for its full range of undergraduate and graduate programs. (Especially through the College of Education and the College of Engineering.) Penn State has one of the country’s largest graduate schools, with about 6,500 post-grad students. Penn State offers more than 150 online degree and professional programs to about thousands more students through its World Campus program. The school also places a large importance on research. Over $2 million in research activity takes place every single day at Penn State.

Penn State’s undergraduate program serves nearly 41,000 students. The student to faculty ratio is 14.6 to 1, with about 29% of classes with fewer than 20 students. The school’s most popular majors include business/marketing; engineering; communications/journalism; social sciences; and biological/life sciences. There are also many opportunities for students to join extracurricular activities. Penn State currently offers more than 1,000 organizations and clubs, including Thespians, Blue Band, and Glee Club. The Greek scene thrives and Penn State has one of the largest Greek systems in the country. There are 70 sororities and fraternities. About 17% of men are affiliated with a fraternity and 20% of women with a sorority.

Many students at Penn State become involved in community service. The school holds THON, which is the largest student-run philanthropy organization in the world. About 15,000 students volunteer every year to help raise money for pediatric cancer research and awareness. Students can also work for the newspaper, “The Daily Collegian” or the online edition, “The Digital Collegian.” Penn State students also have a blog called “Onward State.”

One of the school’s biggest draws is football. The school mascot is the Nittany Lion, named after the lions that used to roam the area. The football team competes in the Division I B1G. Their home games are played at Beaver Stadium, one of the largest stadiums in the country which seats over 107,000. Other sports teams compete in the NCAA Division I-A, Eastern Intercollegiate Volleyball Association (EIVA) for men’s volleyball, Colonial Athletic Association (CAA) for men’s lacrosse, and American Collegiate Hockey Association. Students interested in a large student population and many extracurricular activities should look into Penn State’s programs. 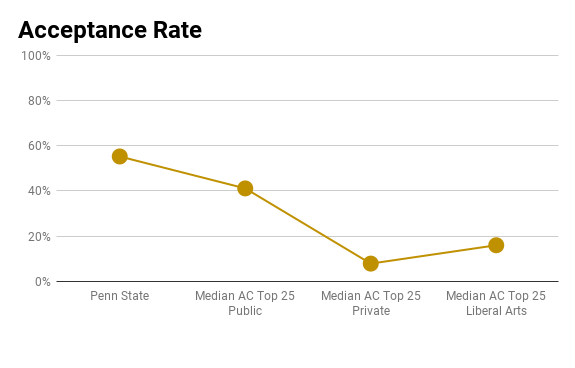 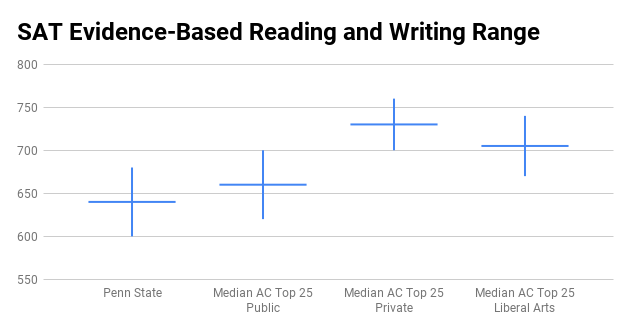 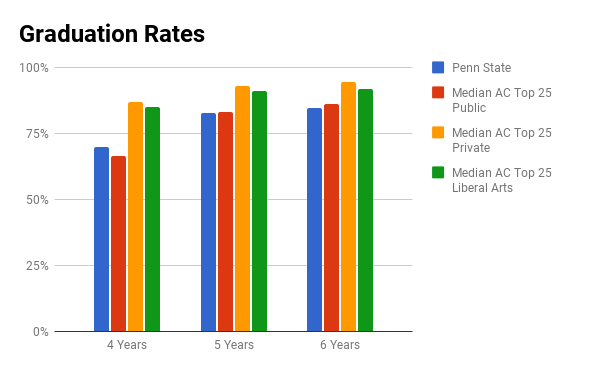 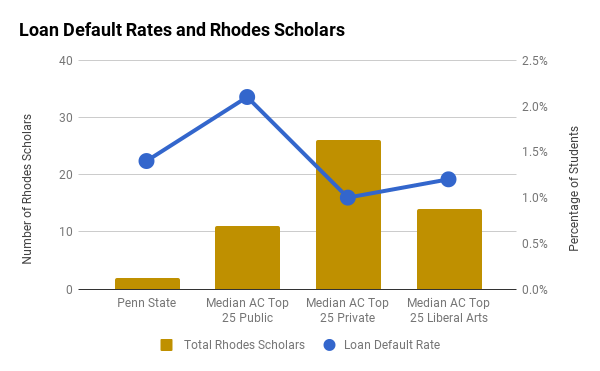 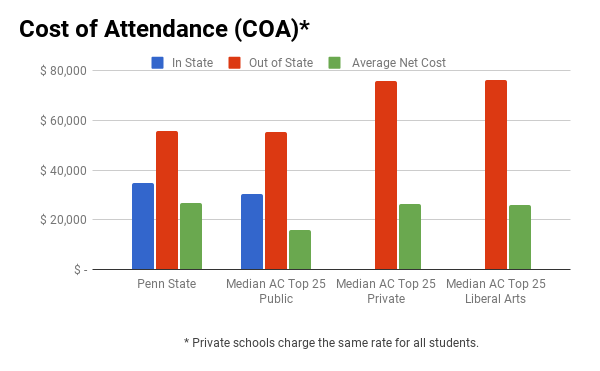 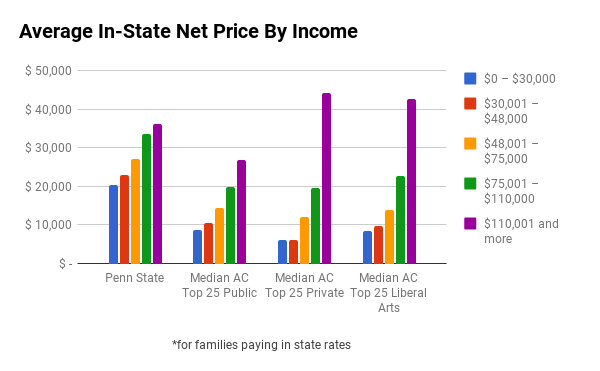 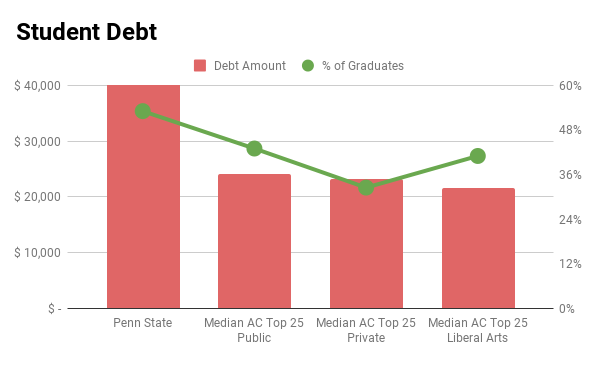 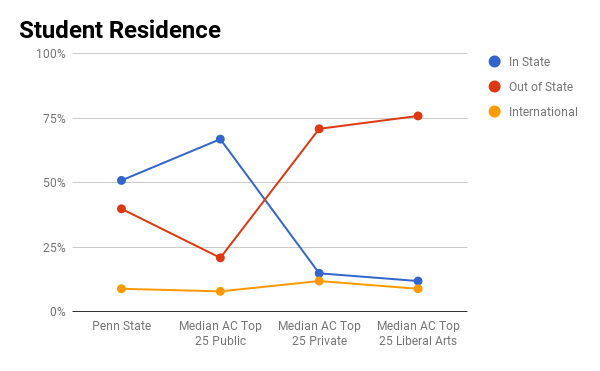 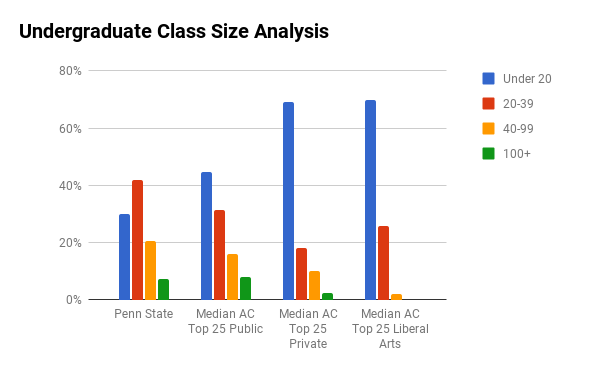 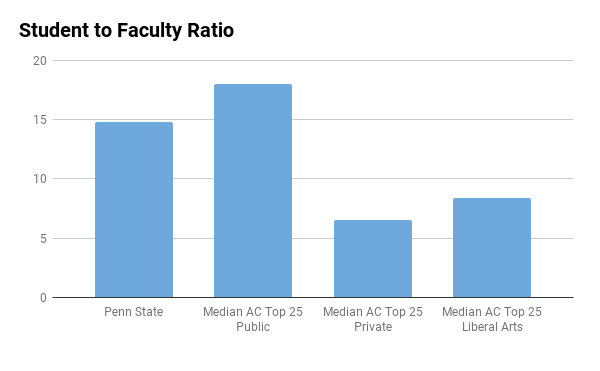 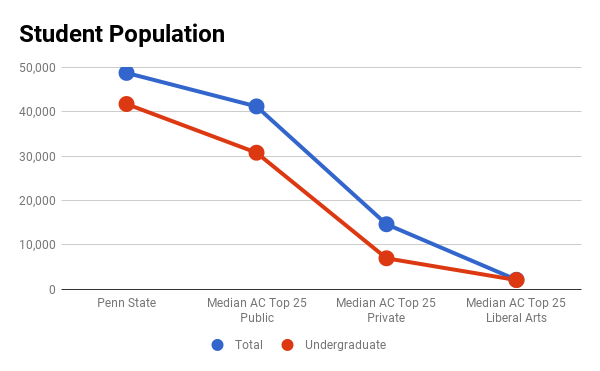 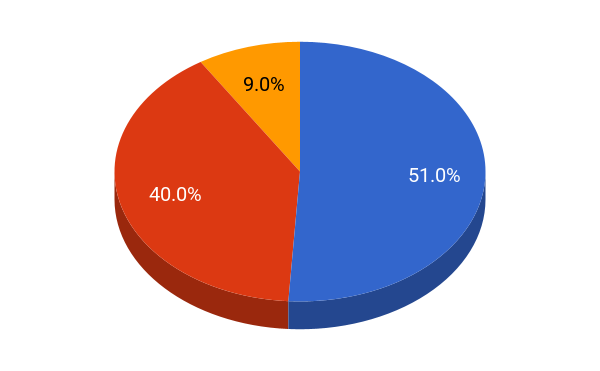