Texas A&M University, located in College Station, was established in 1876 as an all-men’s school called the Agricultural and Mechanical College. Today, the school offers 90 undergraduate degree programs and 268 graduate and professional degree programs. Situated in an urban setting on about 4,000 acres, Texas A&M is a Tier 1 research university. Nearly 15,000 students attend the graduate programs through the Dwight Look College of Engineering, the Mays Business School, and the College of Education and Human Development. Students can also participate in the study abroad program. Texas A&M is one of six United States Senior Military Colleges. The Corps of Cadets is one of the largest uniformed groups of students outside service academies. Members of the Corps have fought in every conflict since the school’s founding.

The most popular majors are business, management, and marketing; engineering; agriculture and agriculture operations; multi/interdisciplinary studies; and biological and biomedical sciences. The student to faculty ratio is 19.4 to 1, and only 25% of classes have fewer than 20 students. The school is well-respected for allowing undergraduates to participate in research activities. (Instead of just limiting resources to graduate students.) More than 3,000 students take part in research courses or projects every year.

There are plenty of opportunities outside of the classroom for students to broaden their horizons. Many individuals become involved in community service. Freshmen can sign up for the FISH (Freshmen in Service and Hosting) program, and all students can take part in The Big Event. This single-day, student-run volunteer program allows more than 12,500 students to engage in community service in College Station and the nearby city of Bryan. The event is the largest of its kind in the country.

The social scene thrives at Texas A&M, with more than 1,000 student organizations. There are active 58 chapters. About 17% of women are affiliated with a sorority and 8% of men with a fraternity. One of the oldest groups is the Singing Cadets, which was established in 1893. Students can write for the newspapers, “The Battalion” or “The Maroon Weekly.” The “Aggieland” is one of the country’s largest college yearbooks.

The athletic scene is also flourishing. More than 25% of students compete in intramural sports leagues. Texas A&M has one of the largest programs in the nation. Varsity teams compete in the NCAA Division I Southeastern Conference. Overall, the school is known for being a somewhat religious and conservative campus. It holds one of the country’s largest on-campus weekly prayer gatherings called Breakaway. Students who are more comfortable with a socially conservative campus and large class sizes would fit in at Texas A&M. 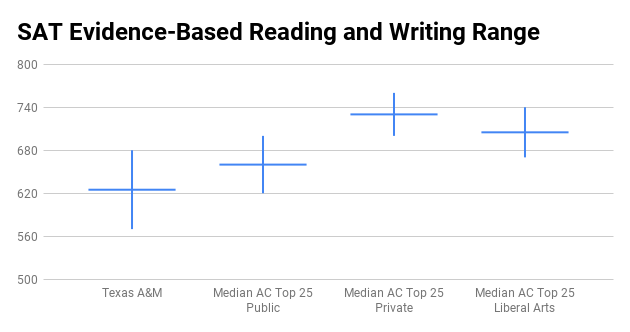 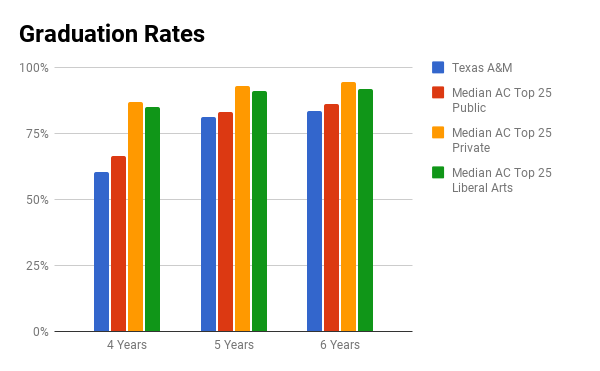 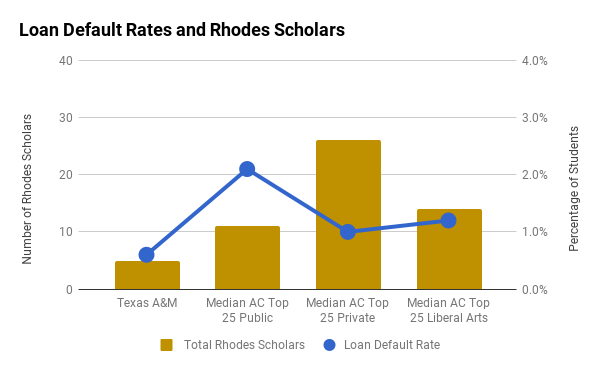 Transferred to another school: 8% 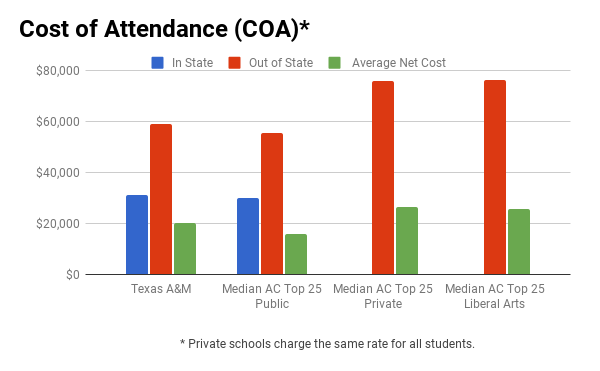 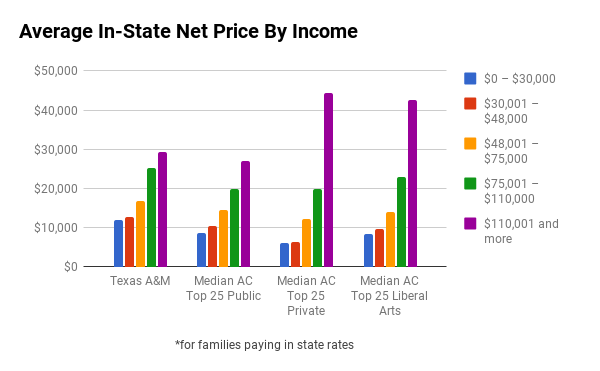 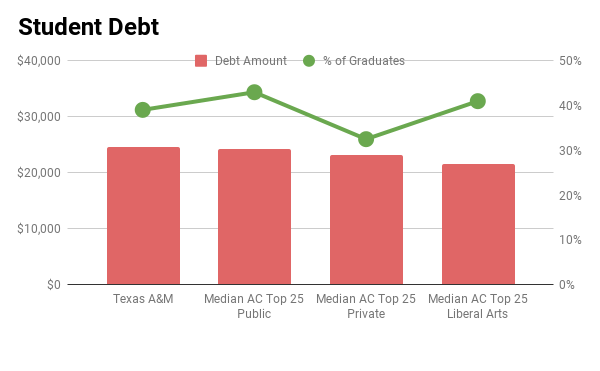 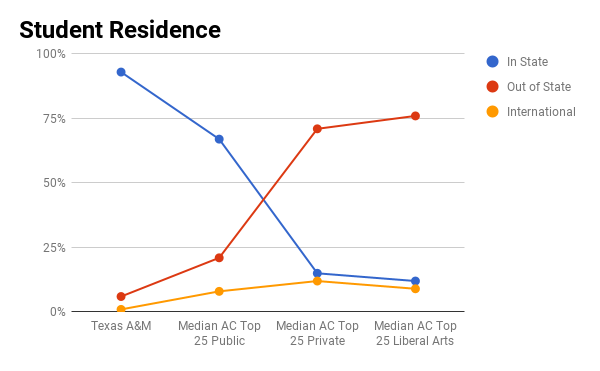 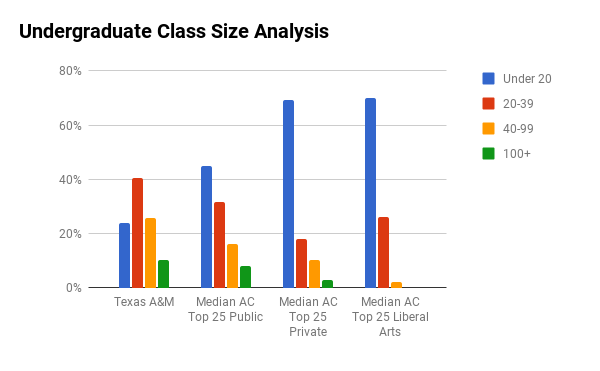 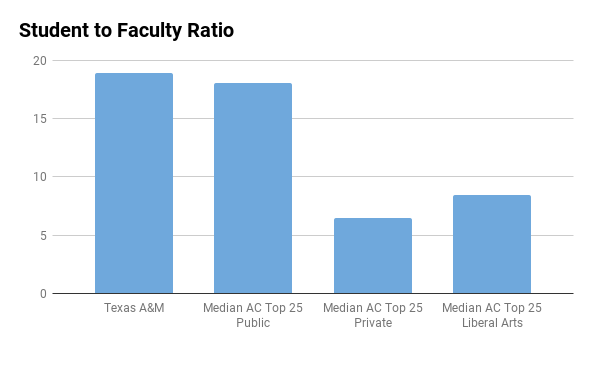 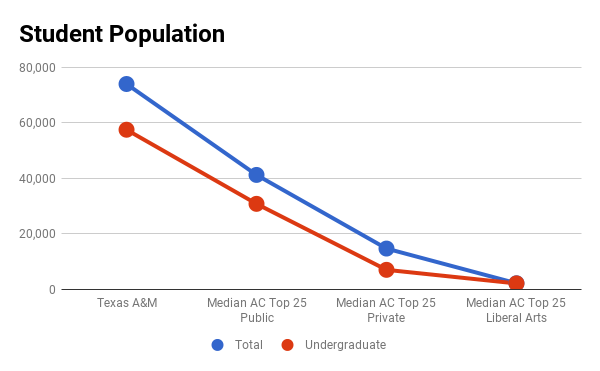 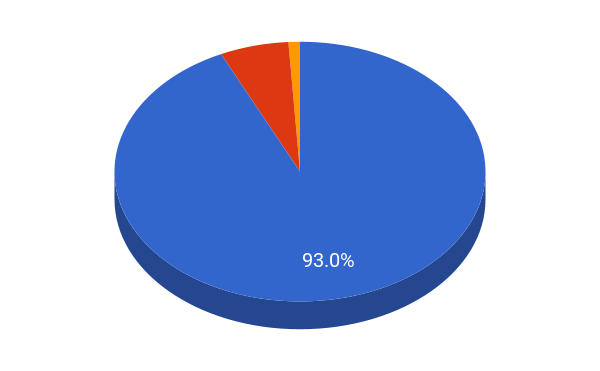