University of Florida was established in 1853 and is set on about 2,000 suburban acres. With over 35,000 undergraduate and 17,000 graduate students, the campus is the second-largest public school in Florida and the seventh-largest school in the United States. The school is well-known for its graduate programs in engineering, the Hough Graduate School of Business, the Levin College of Law, and the College of Medicine.

The university is a member of the Association of American Universities (AAU), which is comprised of 62 of the top US and Canadian research institutions. UF is actually one of the largest research schools in the country, as the university usually contributes around $8 billion to the state’s economy. The University of Florida has been praised for its work in the field of biotechnology research as well.

There are more than 16 colleges and 150 research centers that belong to the University of Florida. The most popular majors for undergraduates are engineering; business/marketing; biological/life sciences; communication/journalism; and health professions and related programs. The student to faculty ratio is about 17 to 1, and 53% of classes have fewer than 20 students. The school also has a Reserve Officer Training Corps, which is an official officer training and commissioning program. It was established in 1905, making it one of the oldest ROTC programs in the country.

There are plenty of opportunities for social activities on campus. About 17% of men belong to a fraternity and 23% of women belong to a sorority. The Greek groups are separated into four sections: the Interfraternity Council (IFC), National Panhellenic Conference (NPC), Multicultural Greek Council (MGC), and the National Pan-Hellenic Council (NPHC). The on-campus organizations are ruled by the student government, which has an annual budget of $19 million.

(It is one of the largest in the United States.) Students can also get involved with the Independent Florida Alligator, which is the largest student-run newspaper in the nation.

The athletic scene is very active at the University of Florida. The Gators compete in the NCAA Division I Southeastern Conference. They also have a long history of training Olympic athletes. Students on campus are very engaged in the sports scene. The annual Gator Growl is actually the largest student-run pep rally in the world. Students interested in a lively on-campus atmosphere and challenging academics should look into University of Florida. 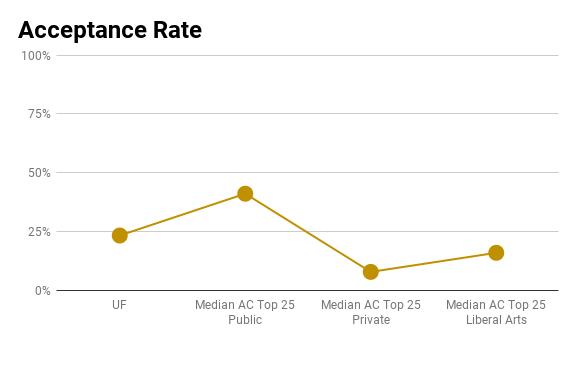 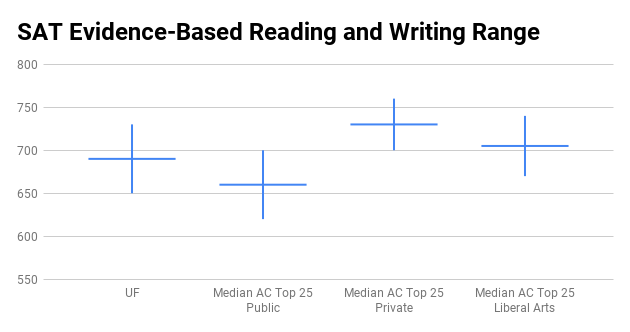 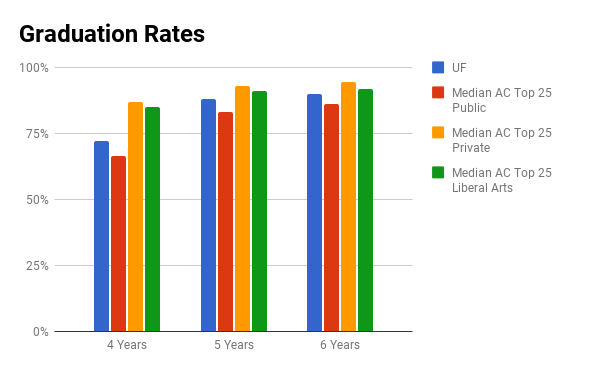 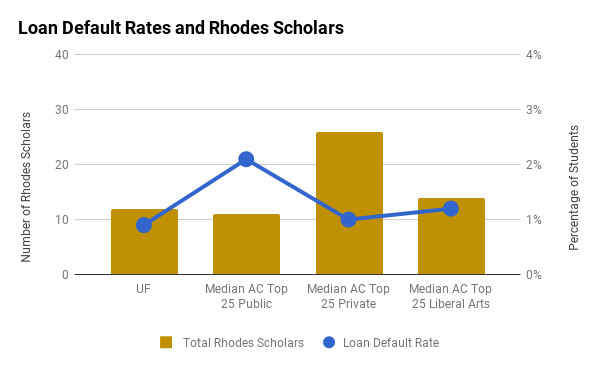 Transferred to another school: 3% 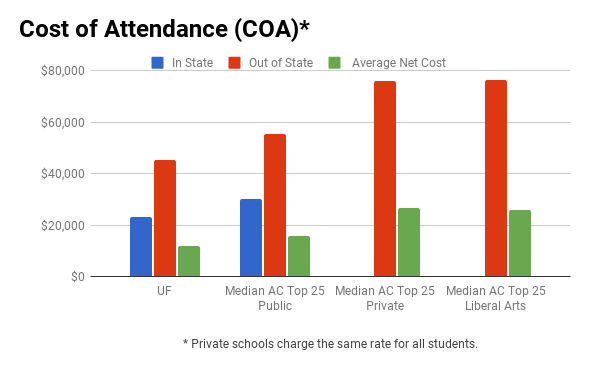 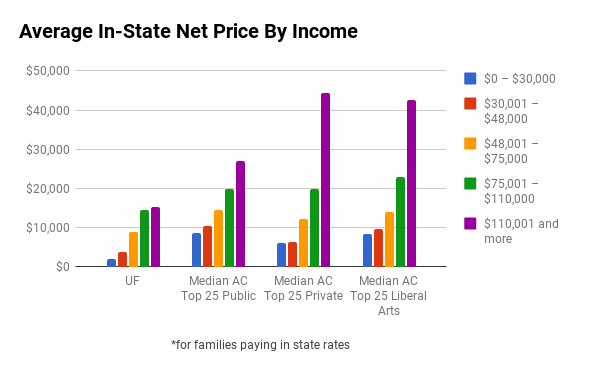 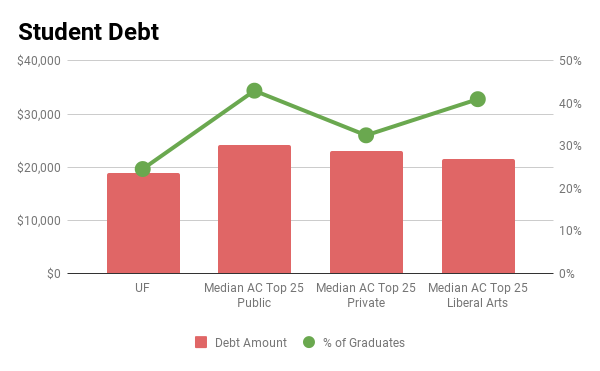 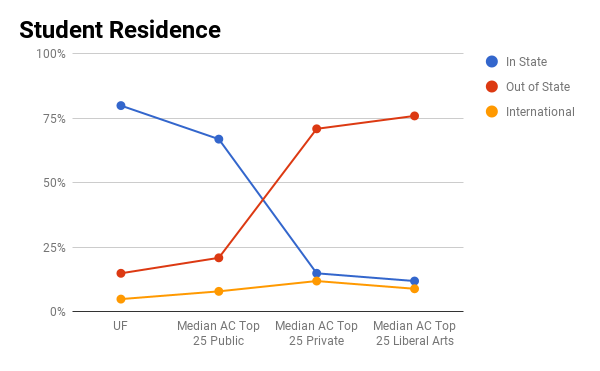 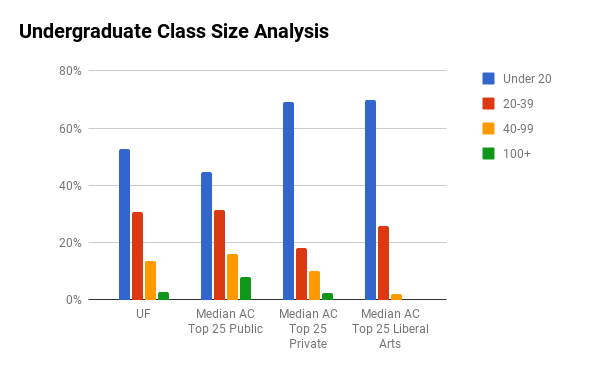 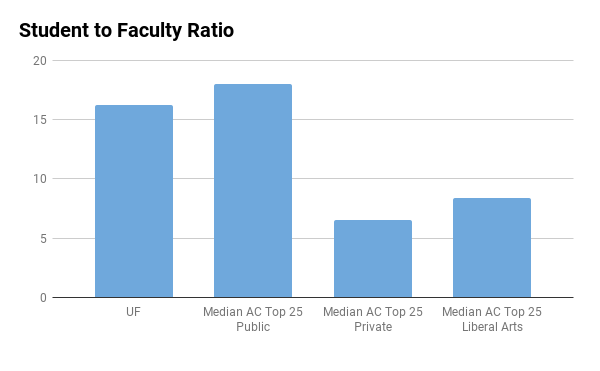 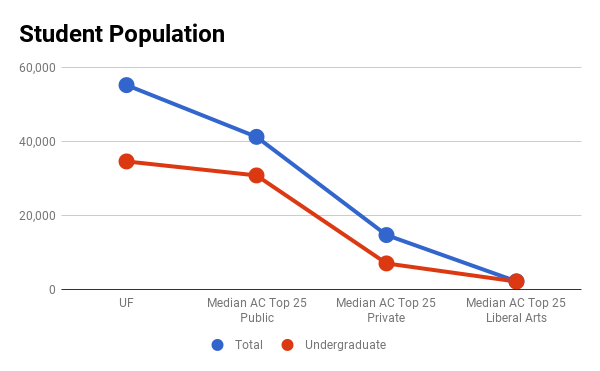 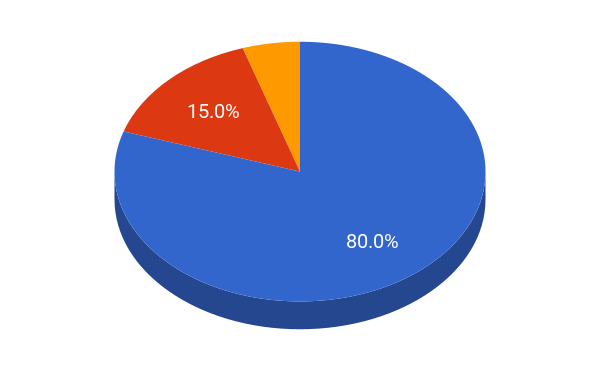 This page was last updated in August 2020.