The University of Iowa, located in Iowa City, was founded in 1847 and is the oldest school in the state. The campus is set in an urban area on about 1,800 acres. The university was actually one of the first schools to offer Master of Fine Arts degrees. The campus is well-known for its famed Iowa Writers’ Workshop. Other respected graduate programs include the College of Law, the Roy J. and Lucille A. Carver College of Medicine, the Henry B. Tippie School of Management, and the College of Education. The college also conducts a lot of high-level research, and it belongs to the American Association of Universities, the Universities Research Association, and the Committee on Institutional Cooperation. University of Iowa caters to around 23,000 undergraduate and 8,000 graduate students.

The school is divided into 11 colleges with more than 200 areas of study. The most popular majors are business/marketing; parks and recreation; social sciences; engineering; and communication/journalism. The student to faculty ratio is around 15 to 1, and 52% of all classes have less than 20 students. About 850 University of Iowa undergraduate students study abroad programs every year.

Despite its location in a quiet state, the University of Iowa is actually considered to be one of the top party schools in the country. In an effort to encourage a social scene outside of drinking, the school established a partnership with the Iowa City Englert Theatre for concerts and performances on more than 40 nights a year. There are also more than 500 student clubs to get involved with, as well as more than 40 Greek organizations. About 13% of the men on campus belong to a fraternity and about 17% of women belong to a sorority.

Students can also get involved with The Daily Iowan newspaper, the Daily Iowan TV station, KRUI Radio, or the Off Deadline and Earthwords magazines. Another popular organization is the LeaderShape Institute, which provides students with opportunities to work on their leadership skills. They can participate in a six-day workshop or attend the Leadership Development Conference Series.

Athletics are a major part of campus life at University of Iowa. The Hawkeyes compete in the NCAA Division I B1G (with one of the smallest student populations that participate in the league). Some of the most popular sports include wrestling, field hockey, soccer, baseball, softball, gymnastics, golf, swimming and diving, and track and field. Students can also play club sports in water polo, rugby, lacrosse, crew, volleyball, and ice hockey. Individuals interested in an active social scene and sports presence will get a lot out of their time at the University of Iowa. 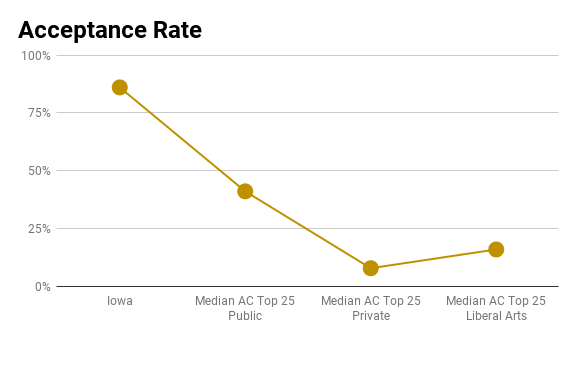 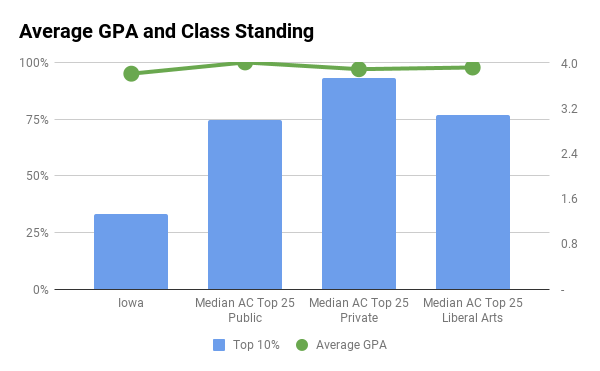 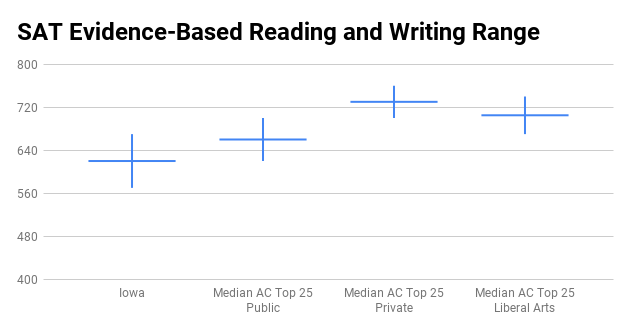 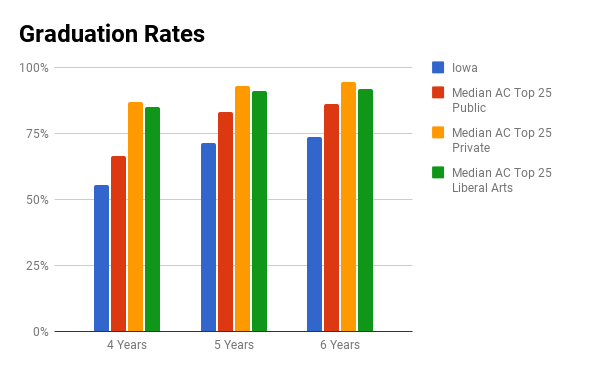 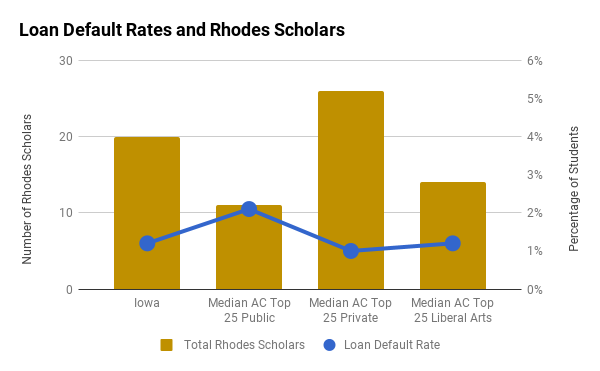 Transferred to another school: 21% 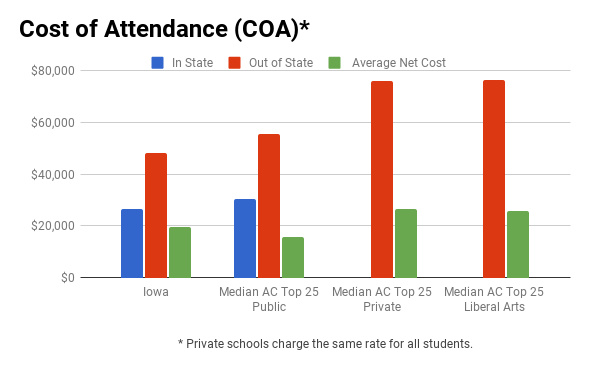 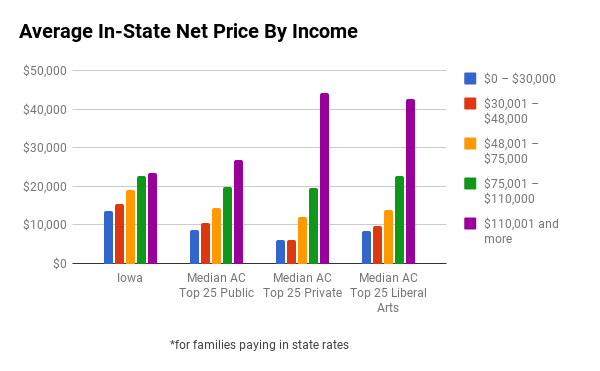 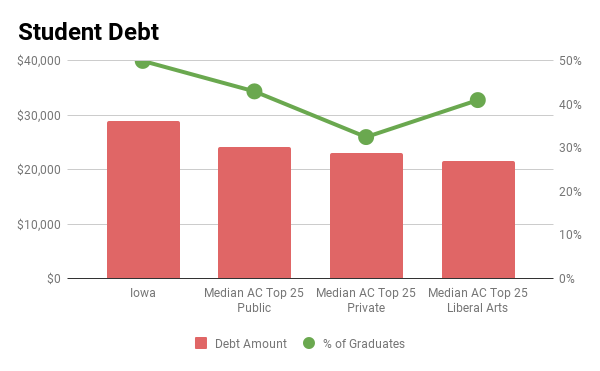 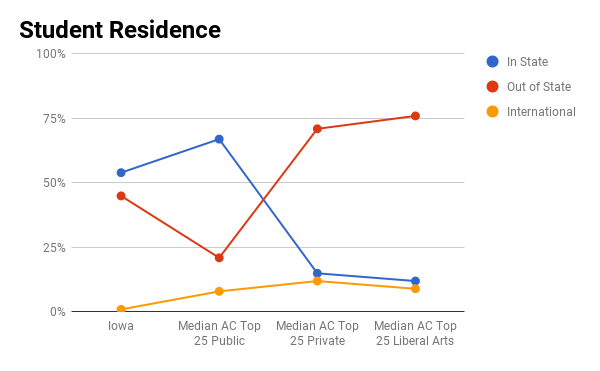 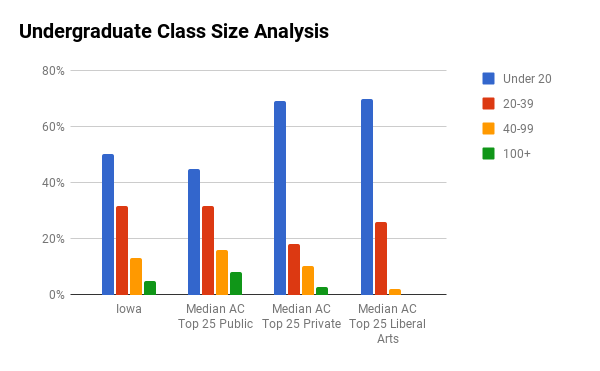 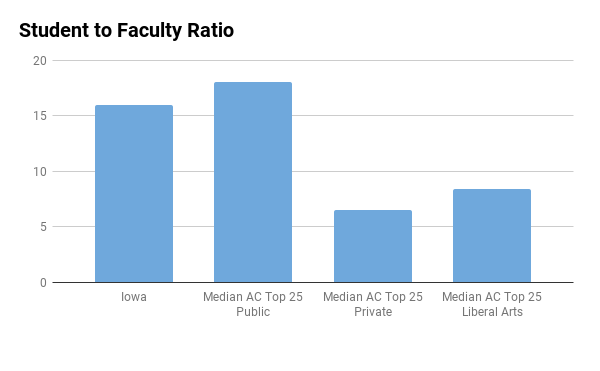 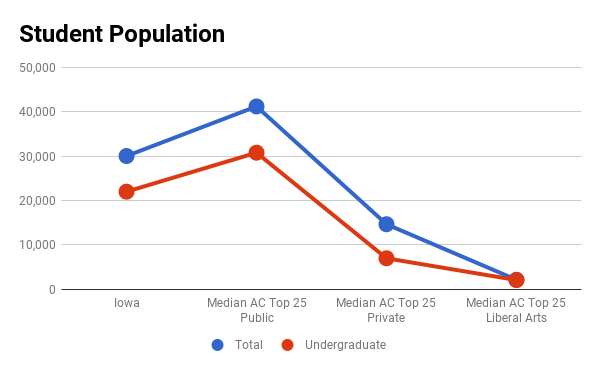 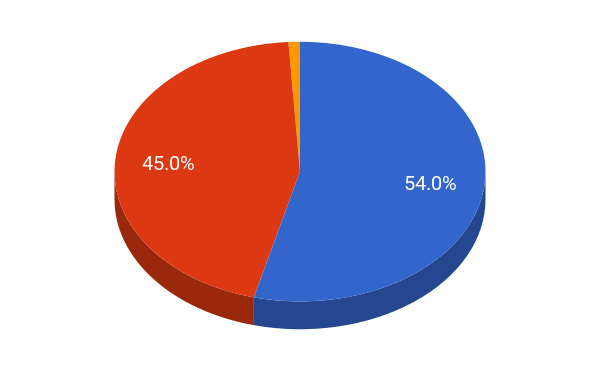