The College of William & Mary was founded in 1693, making it the second oldest college in the entire country. Located in Williamsburg, Virginia, the school is set in the suburbs on 1,200 acres of land. The school was actually established by King William III and Queen Mary II of England and is known for many notable firsts. It was the first school to establish an honor code for students, and the Marshall-Wythe School of Law was the country’s first law school (founded in 1779). The campus also houses the Sir Christopher Wren Building, which happens to be the oldest college building left in the U.S. William & Mary enrolls around 6,300 undergraduate and 2,500 postgraduate students every year. The school also offers many opportunities for studying abroad and, with over half of undergraduates taking part in these programs, William and Mary has the highest participation rate of any public university.

There are over 100 undergraduate majors and minors. Several of the well-known graduate schools include the Marshall-Wythe School of Law, the School of Education, and the Mason School of Business. The school conducts a high level of research through their graduate programs, especially in the fields of STEM (science, technology, engineering, and mathematics). The most popular majors for undergraduates are social sciences; business, management, marketing, and related support services; biological and biomedical sciences; English language and literature/letters; and psychology. The student to faculty ratio is fairly low at 11.4 to 1 (the second lowest among all U.S. public institutions), and 53% of classes have fewer than 20 students. Most notably, nearly all undergraduate classes are taught by professors instead of graduate students or teaching assistants.

There are many opportunities for social activities outside the classroom. Student organizations are plentiful since the majority of students choose to live on campus. There is a significant Greek scene at William & Mary, as they were the first school to establish the academic honor society, Phi Beta Kappa in 1776. There are 16 fraternities and 13 sororities; about 31% of men belong to a fraternity and about 29% of women belong to a sorority. There are several other non-Greek social fraternities, including the Nu Kappa Epsilon music society and the Queens’ Guard.

Students can get involved in one of 11 a cappella groups, large musical ensembles (including a symphony orchestra, wind symphony, and choir), or groups like opera, string ensemble, or jazz combo. Students can also participate in the production of the official newspaper, The Flat Hat, or the conservative publication, The Virginia Informer; the campus even has their own monthly magazine, The DoG Street Journal. Students are constantly treated to concerts and special speakers as part of William & Mary’s Alma Mater Productions (AMP), which hosts events in the Kaplan Arena.

William and Mary athletes formerly competed as the Indians, but now they are named the Tribe. The teams participate in the NCAA Division I varsity sports like men and women’s basketball, cross country, golf, gymnastics, soccer, and swimming and diving. There are also teams for field hockey, lacrosse, and volleyball. William and Mary teams have also competed in the Colonial Athletic Association and the NCAA Division I-AA championships. Students interested in a public university with small class sizes and an active social scene should look into William and Mary’s programs. 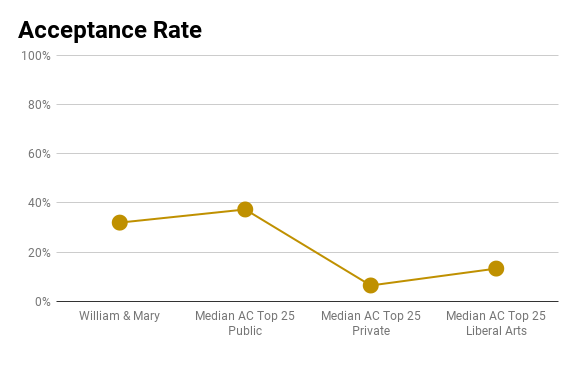 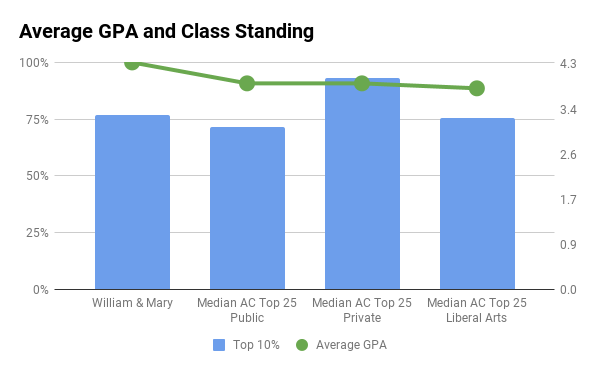 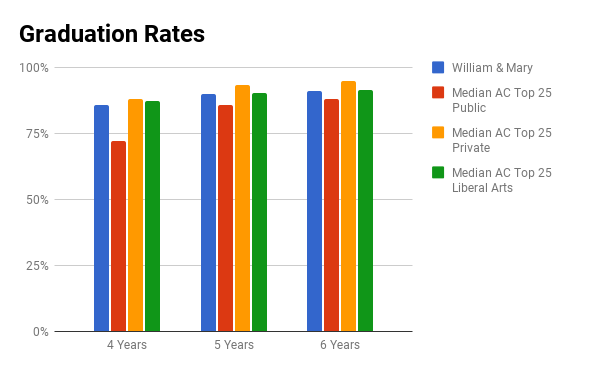 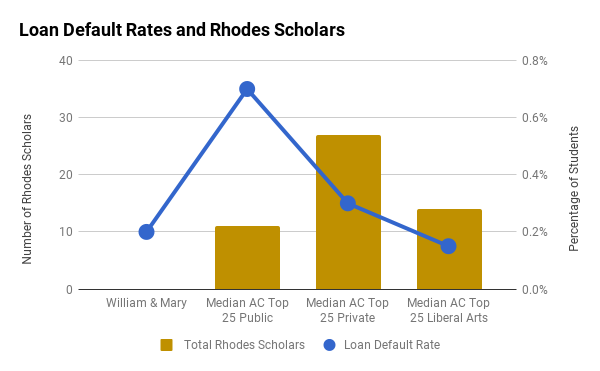 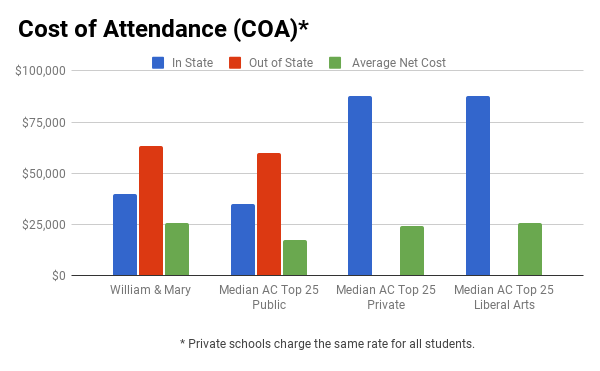 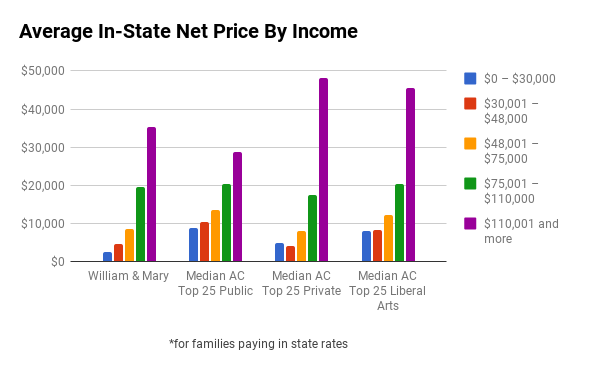 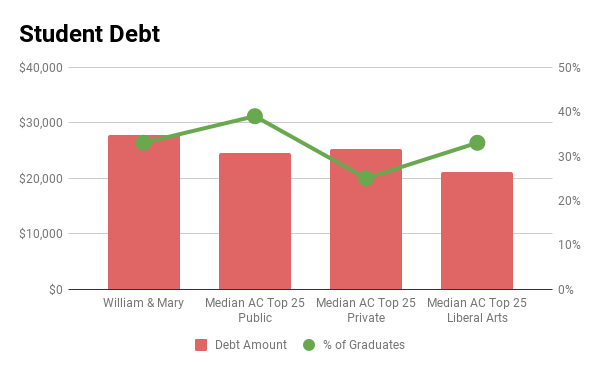 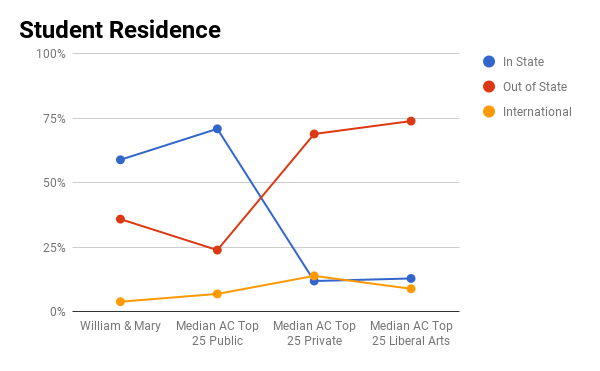 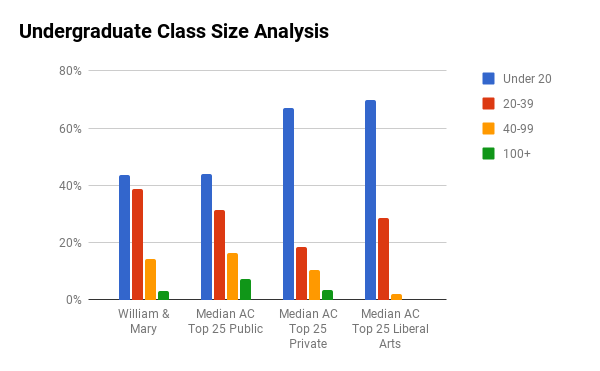 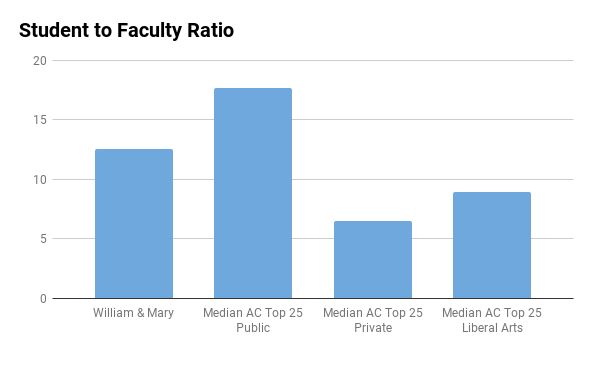 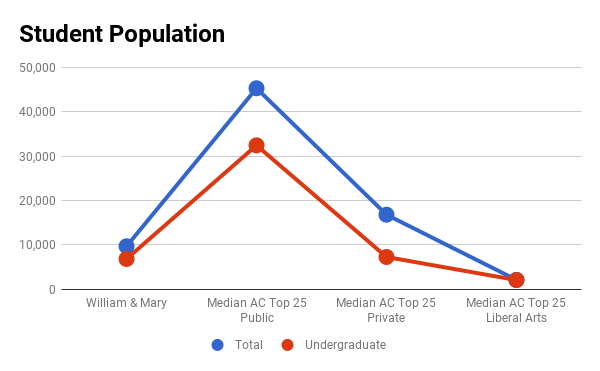 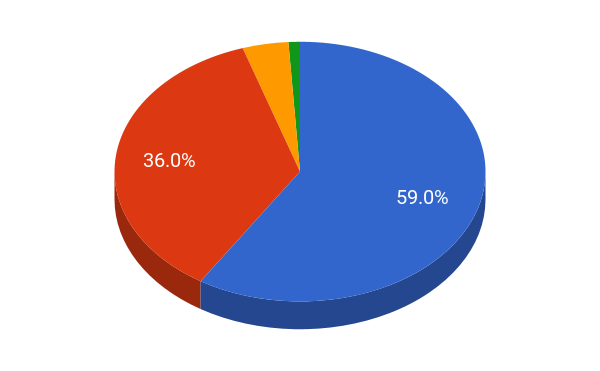