The University of Texas at Austin (UT Austin) is one of the largest schools in the United States. Founded in 1883, it is located in an urban setting on about 400 acres of land. The state research institution is the flagship school of the University of Texas system. UT Austin conducts research in the fields of engineering, physical science, and computer science. It has earned over 300 patents over the past decade, and much of the research focuses on biofuels, battery and solar cell technology, and geological carbon dioxide storage. The school enrolls over 40,000 undergraduate and nearly 11,000 postgraduate students.

More than 7,000 of these students reside on campus in one of 14 residence halls. UT Austin is sectioned into 13 undergraduate colleges and schools. (The largest is the College of Liberal Arts.) Graduate programs are offered through the McCombs School of Business, the School of Law, the Cockrell School of Engineering, and the College of Education. Overall, there are more than 300 degree programs. The most popular majors for undergraduates are business, management, marketing, and related support services; communication and journalism; engineering; social sciences; and biological and biomedical sciences.

The student to faculty ratio is about 18 to 1 and approximately 37% of classes have less than 20 students. Students can participate in eight different honors programs, including the Turing Scholars Program in Computer Science, the Dean’s Scholars Program in Natural Sciences, and the Liberal Arts Honors. Some students are also chosen to take part in programs fostering leadership skills like the Freshman Research Initiative and the Texas Interdisciplinary Plan. Individuals can also study abroad in over 35 different countries.

Outside of the classroom, UT Austin students have plenty to do with more than 1,100 clubs and organizations on campus. The school has one of the biggest Greek systems in the nation, with 65 fraternities and sororities. About 15% of undergraduate students belong to a fraternity or sorority. The Greek organizations are governed by six council communities, including the Interfraternity Council, the Multicultural Greek Council, and the University Panhellenic Council. The regular student population is run by three governance organizations: The Student Government (established in 1902), the Senate of College Councils, and the Graduate Student Assembly. Students can also write for several publications, which are some of the largest in the US, including Study Breaks Magazine, Longhorn Life, The Daily Texan, and The Texas Travesty.

UT Austin athletes compete as the Longhorns in the Division I Big 12 Conference. The university has also won several NCAA Division I National Football Championships. Teams in various sports for both men and women regularly win titles, making the university one of “America’s Best Sports Colleges,” according to Sports Illustrated. Students who are not intimidated by an extremely large school with big classroom sizes will enjoy the vigorous academics and great social scene UT Austin has to offer. 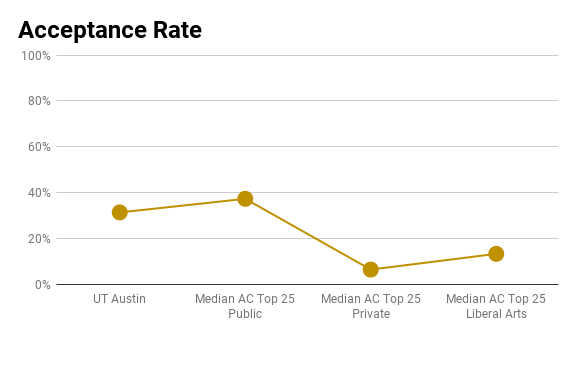 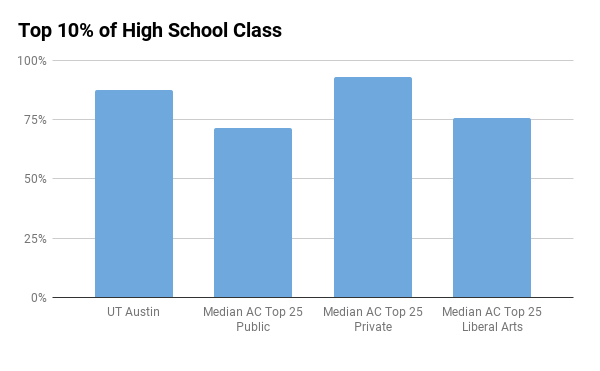 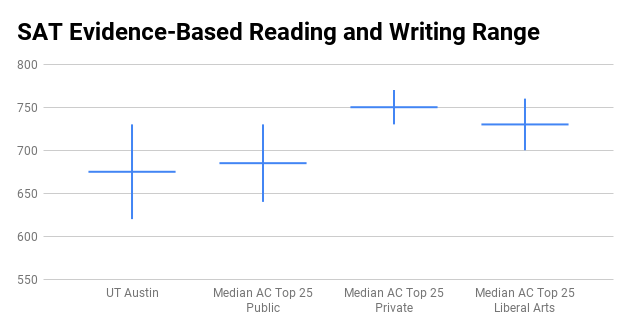 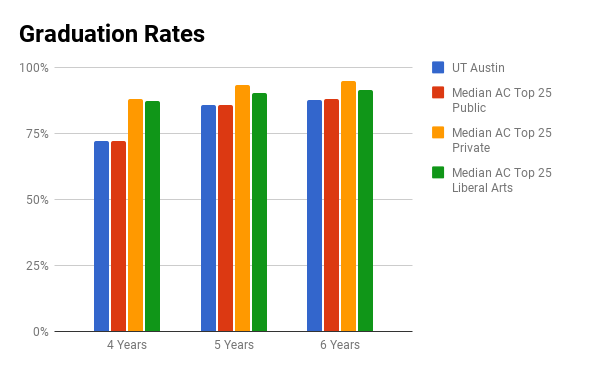 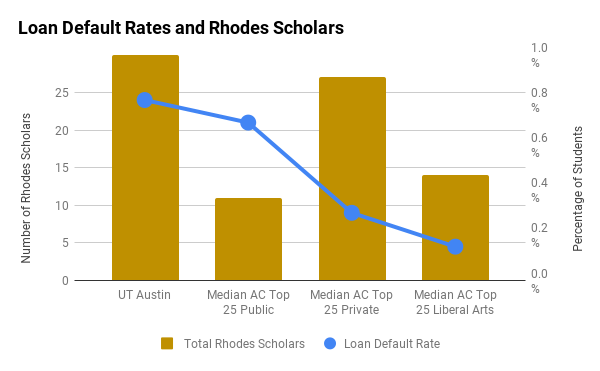 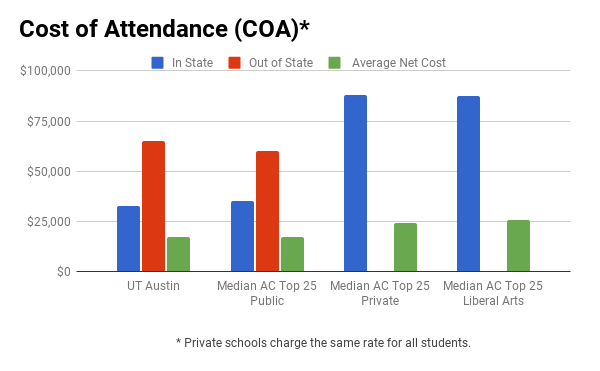 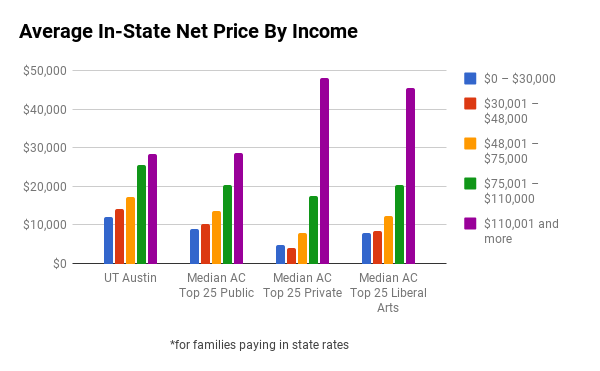 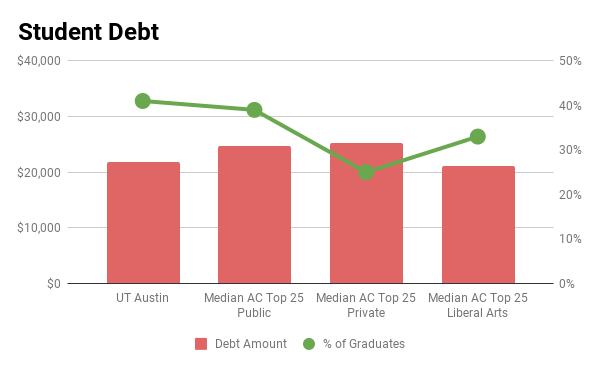 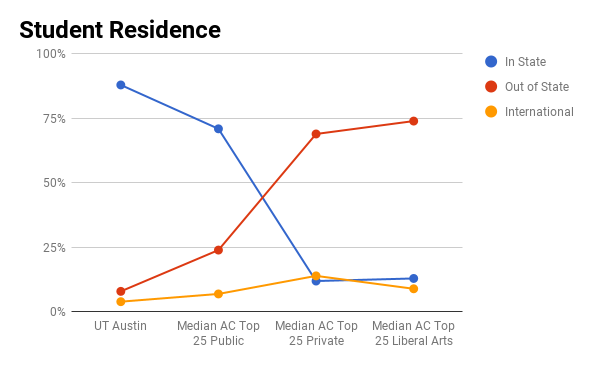 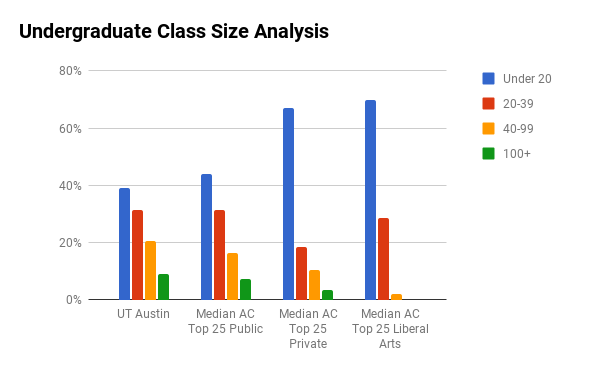 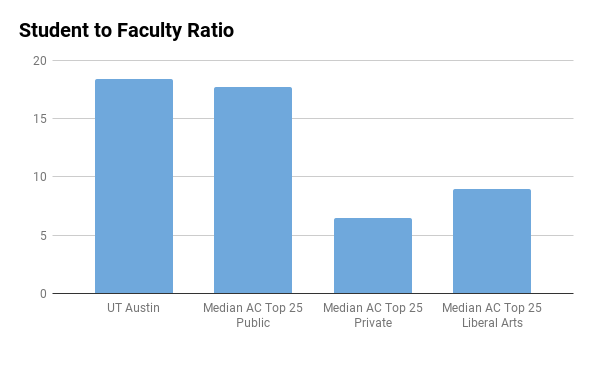 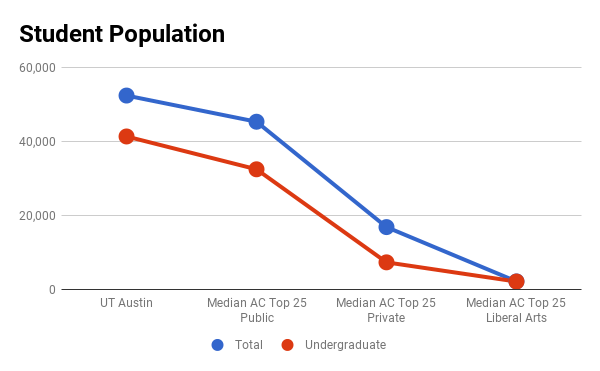 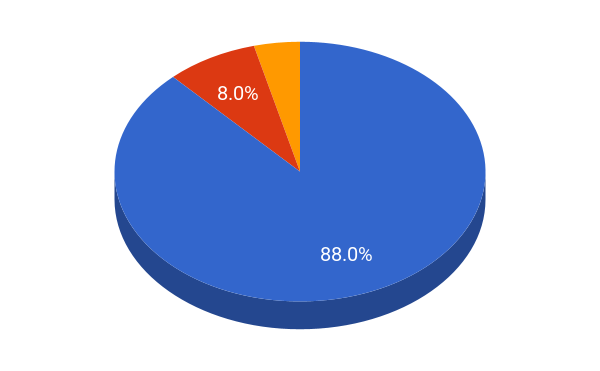